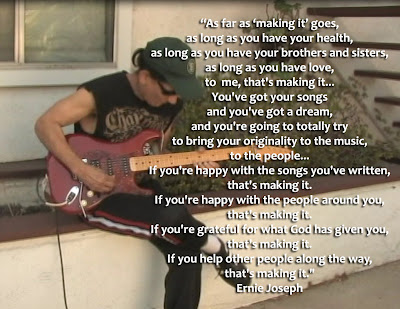 Email ThisBlogThis!Share to TwitterShare to FacebookShare to Pinterest
Labels: Quotes

Review of "Makin' It"

By James A. Gardener
Originally published at Blogcritics
April 17, 2012

The history of rock and roll is rife with talented brothers who are widely known for their fractious relationships — Phil and Don Everly, CCRs John and Tom Fogerty, The Kinks' Ray and Dave Davies, Oasis' Noel and Liam Gallagher, and the Beach Boys' three Wilson brothers, Brian, Dennis, and Carl, who added extra dissension by inviting cousin Mike Love along — to name just a few. Thanks to our contemporary tabloid culture, the internecine volatility and public disputes amongst these talented siblings have received more media attention in recent decades than their music...