Cory With His Tearaways CDs 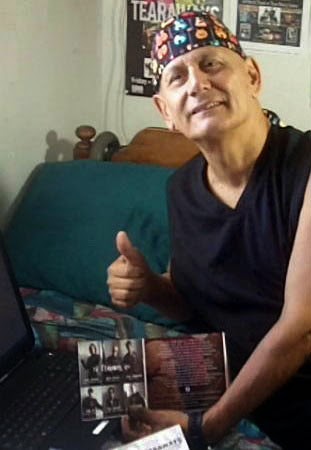 It’s the morning after the September 26th benefit for Cory at Soho in Santa Barbara and Cory is listening to “Girls Who Love Cars,” one of the tunes that the Tearaways played live on stage at last night’s show.

It was great to see Santa Barbara locals and friends who traveled from San Francisco, Los Angeles, and as far away as Virginia to turn out for the event. Special thanks to the many musician friends who participated and especially to the Tearaways who made it all possible.

Email ThisBlogThis!Share to TwitterShare to FacebookShare to Pinterest
Labels: Notes from the band, Teraways