The Night the Band Was Arrested 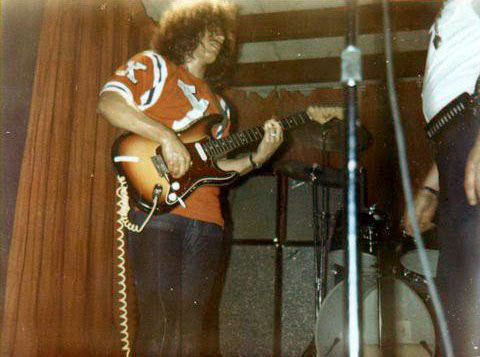 Being on the road for years at a time, the band certainly had its share of mishaps and misfortunes. It took a lot of sheer courage and determination to survive all the challenges, and Big Brother Ernie Joseph did just that—he survived it all...

I always tell the story of how Ernie set out on his own without his brothers at his side to take on the unknown. Yes, it’s true. There was a time when Ernie took the challenge head on and just went for it. Brother Cory was in the U. S. Marine Corps and I, the younger brother, was still in college at UCSB. Ernie proved to us all that he could do it on his own. He didn’t want to stay in that comfort zone and be one of the Santa Barbara locals. He knew what he had to do. He made his decision to venture beyond the horizon and "just do it." It must have been something calling him. Perhaps it was his destiny, but he answered the call.

Being the “big brother” of his younger siblings, Ernie has always been a leader. He was the quarterback and a leader of his high school football team; he has always been adventurous and bold. Even as a young boy, as soon as he came of age, he played Boy’s Club tackle football. In sports, football, baseball, basketball, and track, Ernie was often the youngest player on the team, but he always hung in there with the big boys. He took the hits. And Ernie Joseph survived the rigors of the road in much the same way.

I can’t write of all the ups and downs on the road, because there are just so many, but we have the photos of the night the band was arrested. It was at a popular Spring Break venue called Electric Rockpile, in Myrtle Beach, South Carolina. Road Manager Bill Hoyt (currently Road Manager for the Nitty Gritty Dirt Band) managed to take one photo of Ernie on stage with the cop approaching, about to make the arrest. Ernie and the band members were being arrested for playing too loud. That night, Ernie wasn’t even using the Marshall stacks that he normally would use at a concert venue. Instead, he had two vintage Fender Super Reverbs (that he still owns today), connected to two extra Fender Showman speaker cabs. In the photo you can also see his 1963 Fender Strat, the same model guitar that Jimmy Hendrix and Stevie Ray Vaughan played. The cop startled the 23 year-old Ernie Joseph when he approached him on stage. He shouted, “Stop, boy… When I tell you to stop, I mean stop.”

Ernie remembers, “It was toward the end of the set and I was close to finishing the last song, and I wasn’t even loud. I couldn’t believe we were being arrested.” In retrospect, Ernie regrets that he kept playing after being asked to stop. “I learned my lesson that night,” he recalls. “It was an incident that could have been avoided, but I learned from my mistake.” 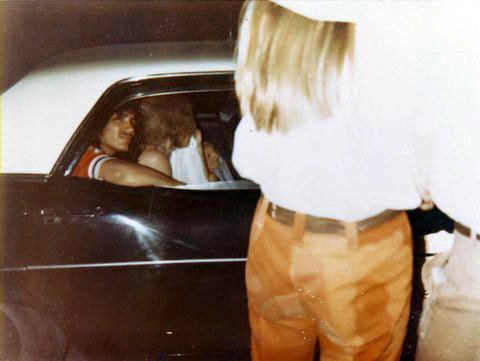 Thanks to Bill Hoyt, there is also a second photo taken that same night of the arrest. You can clearly

see Ernie in the backseat of the black and white patrol car, and seated to his left is legendary power rock drummer, Steve Dunwoodie. Thanks to Manager Bill Holmes, and prompt legal moves by LA attorney Mickey Shapiro, the formal Disturbing the Peace charges were dropped and the band was released without further incident. The only fees paid were for Shapiro’s legal help, but that’s the price we all have to pay for justice. It was just another experience and expense in that long journey on the road. But Ernie and the band persevered… and the challenges keep on coming.

After the Marine Corps, brother Cory eventually joined forces with Ernie on the road and a year later, after my senior year, I flew out to meet up with them…finally. I was just a spectator when I first arrived and saw the band performing on the east coast. They blew me away. They were so tight and dynamic. I’ll never forget my first impression—they were a concert act like I have never seen before. I was so proud to see them doing their original songs. And they rocked. They totally rocked. They were a concert act with their Allman Brothers type Southern Rock answering dual lead guitars, and the capacity crowd was loving it. It was quite a sight and sound—unbelievable—and I was seeing it right before my eyes. I was fresh out of college and I was there eager to join them for another chapter of our rock and roll journey.

Both of my brothers have been so inspirational. They have always been true musicians. True to themselves and to their dream of sharing their music and doing whatever it takes to make it happen. It’s about hard work, teamwork, taking the hits, and giving up so much to venture into the unknown. It’s been difficult at times, but I wouldn’t have it any other way. And I’m sure my brothers feel the same. We do the impossible, and that in itself has its own rewards.